The THALAMUS featured in ROBOTMAG 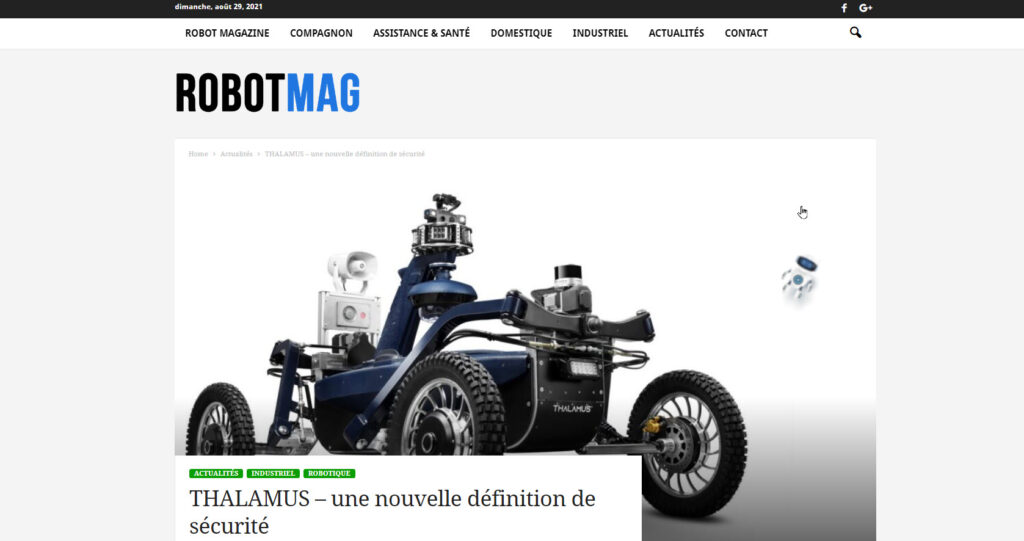 Robot Magazine has just published an article (in French) about the THALAMUS. It features an interview with Renato Cudicio, president of Glocal Robotics Europe and designer of the THALAMUS, in which he puts into perspective the role that an imposing autonomous security robot like the THALAMUS can play in the current context.