Should we be wary of robots?

By Renato Cudicio, MBA, President of Glocal Robotics Europe The answer depends on the criteria that circumscribe the question. In terms of operational efficiencies and employee retention, the answer is no, including in the area of security. For those with malicious intent, the answer is different. This question, “Should we be wary of robots?” was […]

Once upon a time, two robots met… 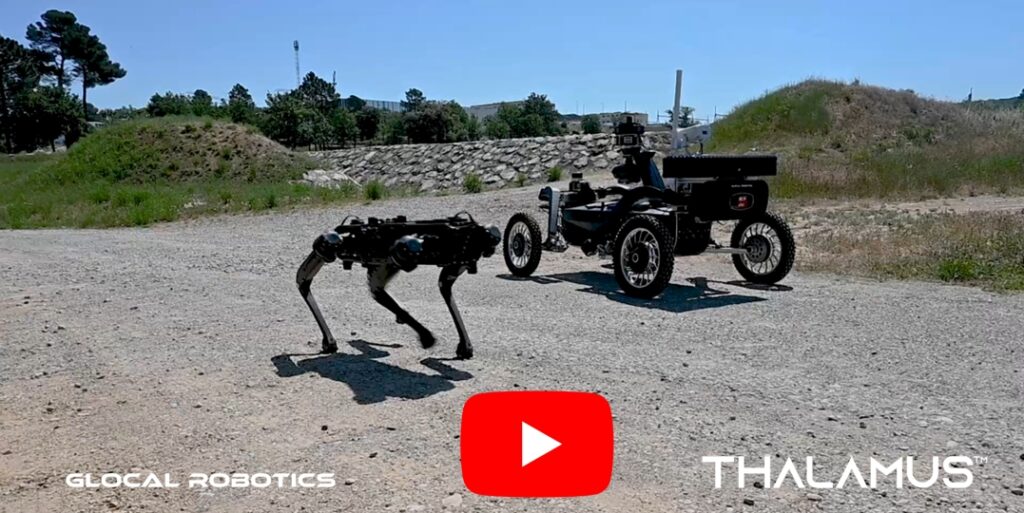 We were recently improving the performance of the THALAMUS artificial intelligence to interact with people standing in its way, when the V60 quadruped robot from GHOST ROBOTICS passed by. Magic moment, which undoubtedly inspired the THALAMUS since it passed its AI test with flying colors….

Thanks to its Lidar, its thermal camera and its HD cameras, the THALAMUS robot detects an intruder by day or by night, with or without turning on its powerful headlights. All this, of course, with AI and in total autonomy.

Interview of Renato Cudicio in PSM 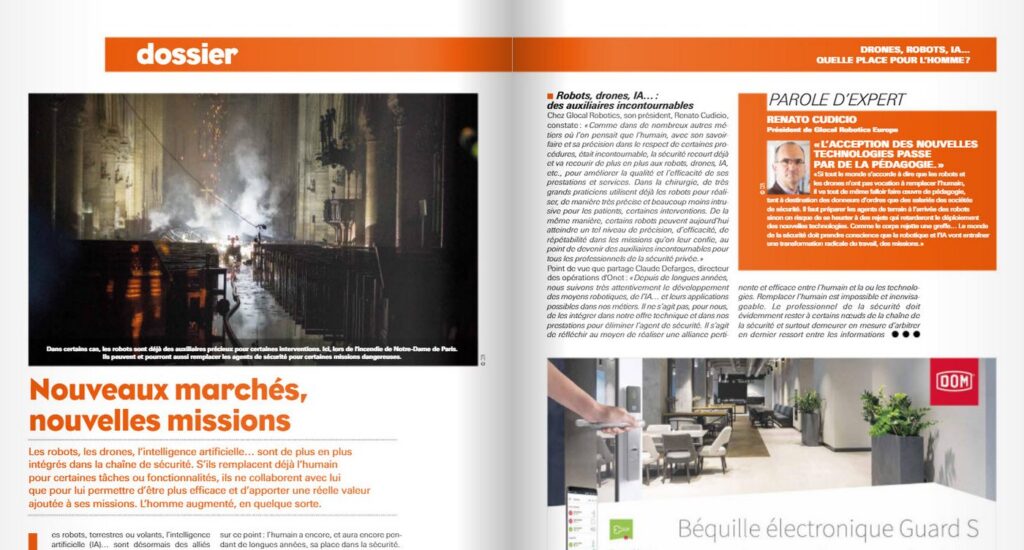 After remote surveillance and AI, a robotic wave is sweeping through the safety and security industry. Beyond the technical performance of these advanced machines, which are now recognized by all, the questions now arise as to what roles to entrust to them and how to promote their integration into organizations. Interviewed in the latest issue […] 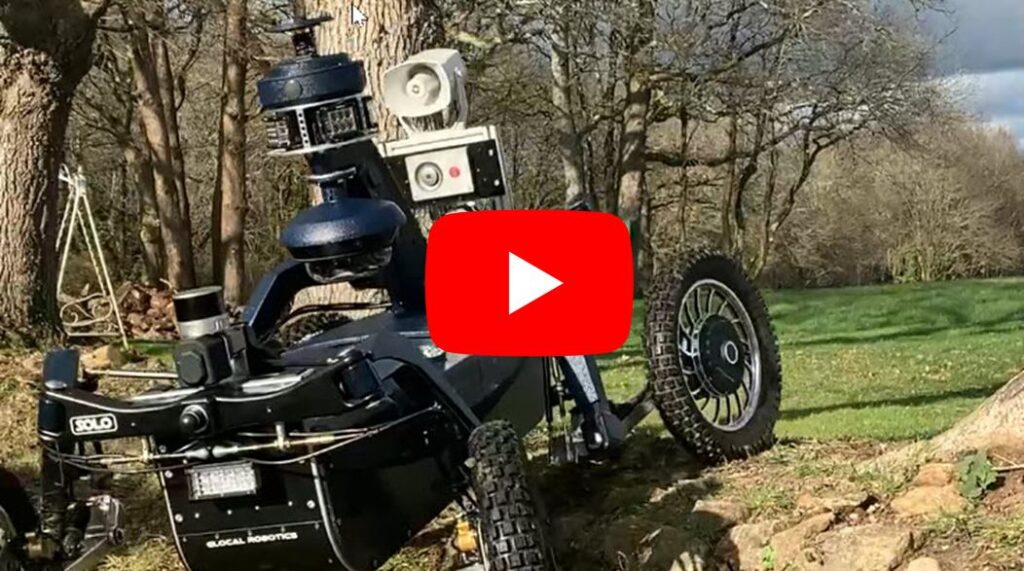 Let’s get to work! The THALAMUS robots manufactured by Glocal Robotics Europe have been in the field since the beginning of this year. They are used in large military and industrial infrastructures, or in very large SEVESO-type sites, which are difficult to monitor permanently with guards or cameras.

It’s now official, Glocal Robotics Europe will be present with SCOPEX, the official distributor of the THALAMUS™ in France, at Eurosatory, the exhibition dedicated to land & air defense and security. This international event will be held from June 13 to 17, 2022 at the Parc des Expositions de Paris Nord Villepinte. There, we will […] 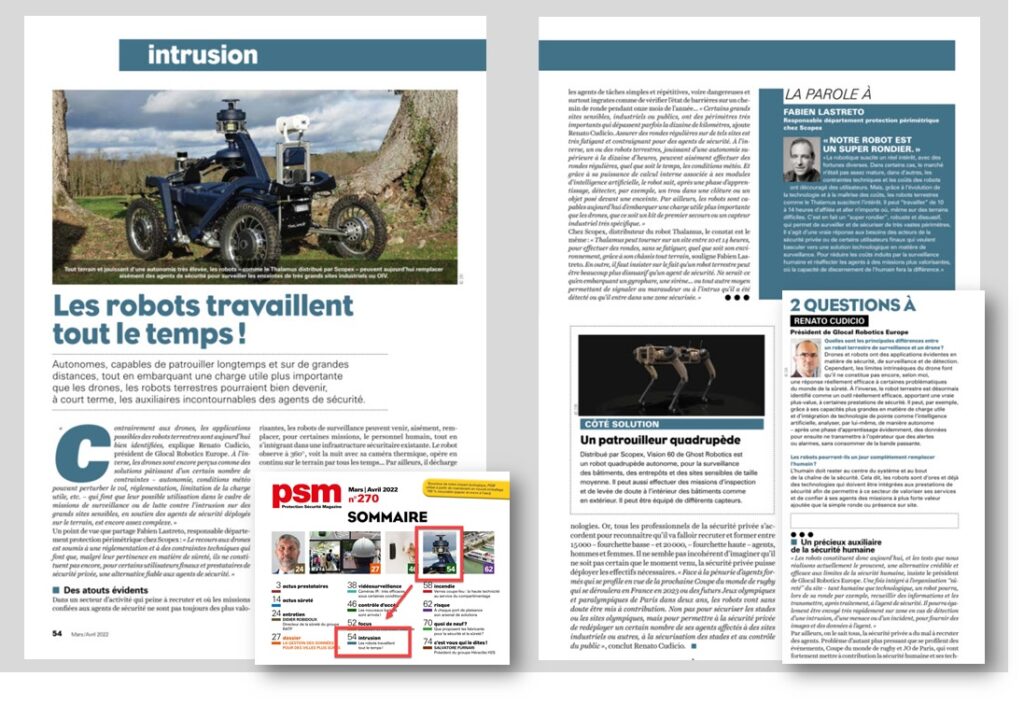 Protection Sécurité Magazine, the main French media dedicated to the security industry, has given a large place to THALAMUS in its latest edition. For its feature on intrusion detection technologies, the magazine gave the floor to Renato Cudicio, President of Glocal Robotics Europe, and Fabien Lastreto, Head of the Perimeter Protection Department at Scopex, which […]

What lessons can the security industry learn from the US military? 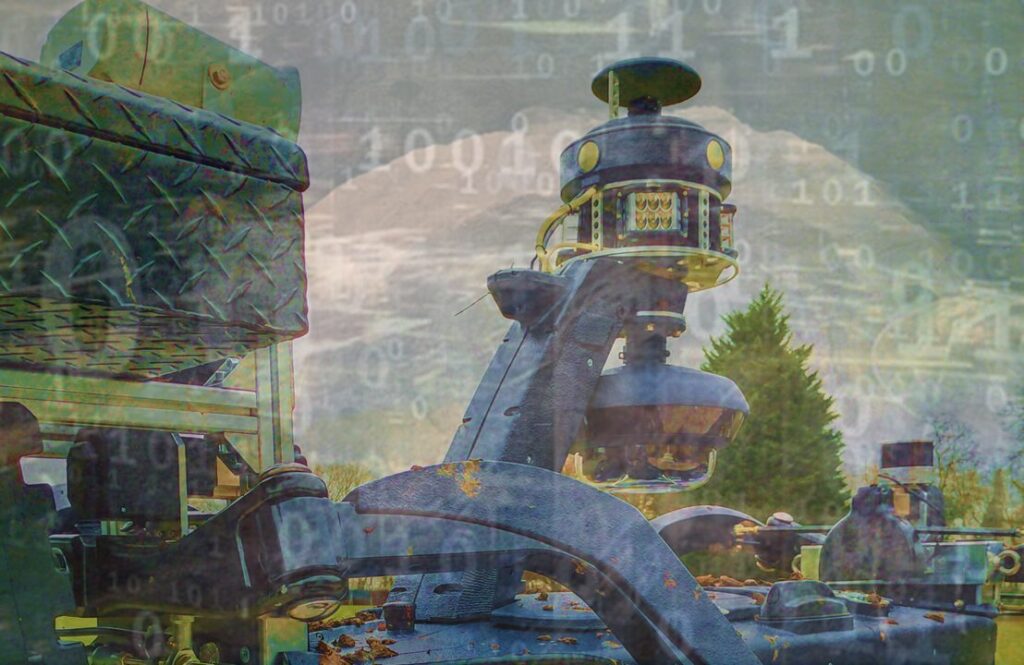 By Renato Cudicio, MBA, President of Glocal Robotics Europe The deployment of our autonomous security robot THALAMUS in the field in France to perform surveillance missions previously performed by agents is a real paradigm shift in the security industry. But what is the real impact of the introduction of advanced robotic technologies on organizations and […] 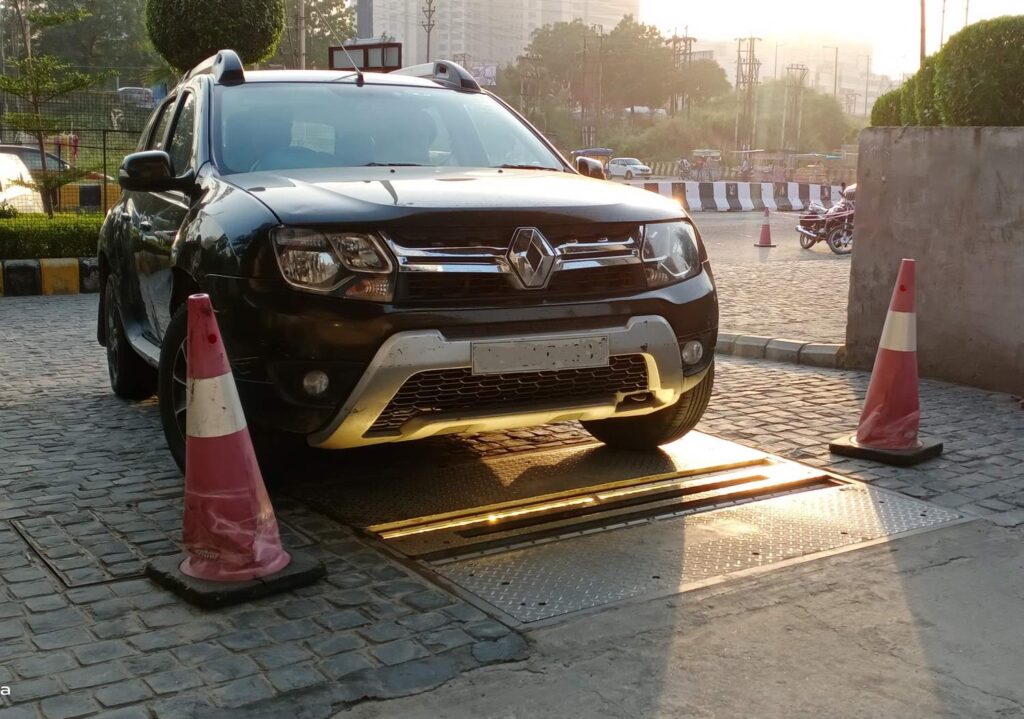 In its mission to provide safety solutions for the protection of sensitive sites, Glocal Robotics has designed the THALAMUS™ robot, the first line of perimeter security defense. But Glocal Robotics Europe also offers in France another surveillance solution with the UVSS (Under Vehicle Scanning System) [UVSS Website for France, in French only] line, a vehicle […]

The THALAMUS in the field 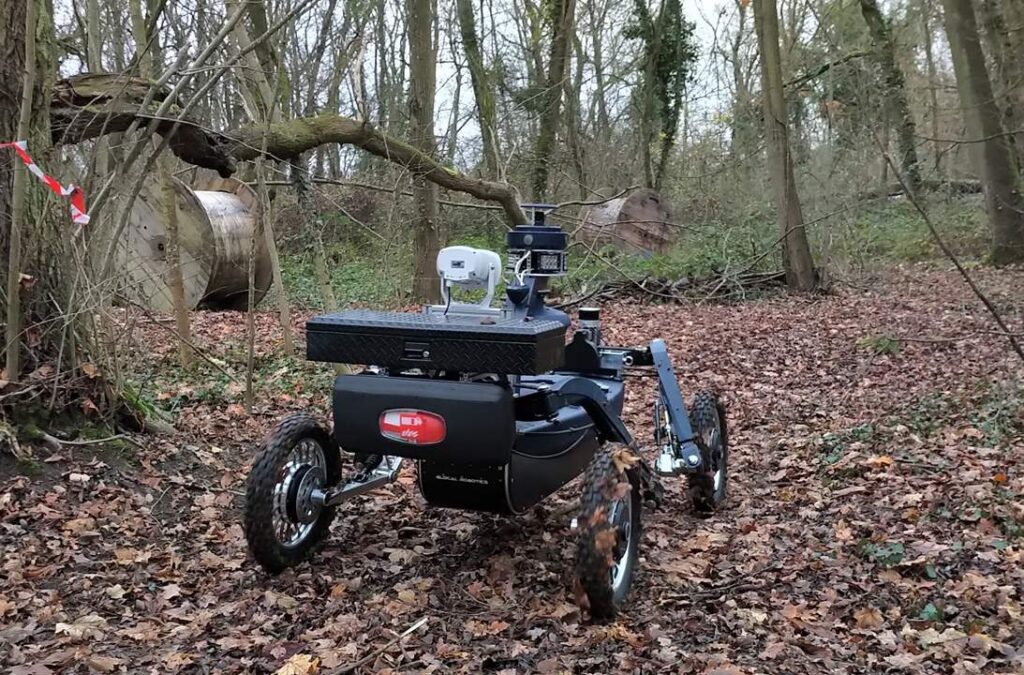 Five months after its official launch, the THALAMUS continues to be put to the test in the field and never ceases to amaze us with its capabilities, both cognitive and kinetic. At the same time, the first feedbacks have already allowed us to improve the robot by replacing, for example, one of the servomotors which, […]